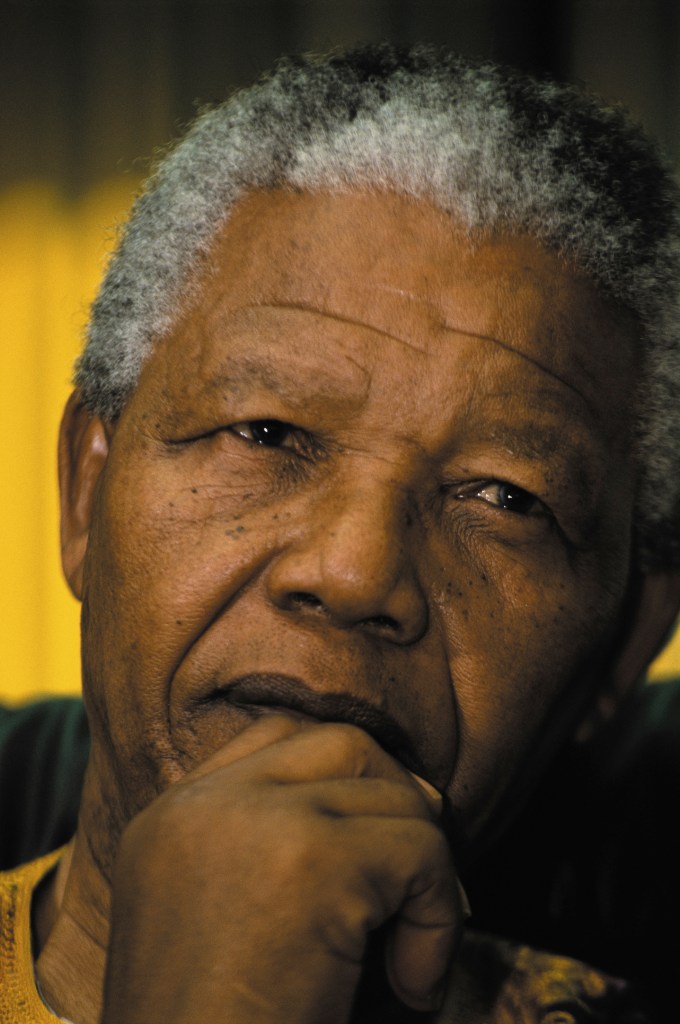 Rolihlahla Nelson Mandela is one of the world's most beloved and admired heroes. Born in South Africa in Mvezo, a small village in the remote Transkei, on July 18, 1918, he is from the royal family of the Thembu, who are part of the larger Xhosa people. Later, the family moved to another village called Qunu, where the elders told young Mandela about the history and folklore of the African continent, recounting stories of resistance and valor against white colonialism.

After obtaining his B.A. degree at the University of South Africa in 1941, Mandela was drawn to the politics of the African National Congress (ANC), whose strategy was to fight the minority rule with nonviolence. Organizing a campaign in the early 1950s to end the pass system, which required black South Africans to carry passes wherever they traveled, Mandela was arrested on charges of treason, but he was acquitted after a five-year trial.

In 1962, he was arrested again, this time on charges of sabotage and conspiracy. Commenting at his trial, Mandela said: "I have cherished the ideal of a democratic and free society in which all persons live together in harmony and with equal opportunities. It is an ideal which I hope to live for and to achieve. But if needs be, it is an ideal for which I am prepared to die."

Found guilty, Mandela soon became the world's most famous political prisoner, embarking with his fellow inmates on a system of self-education that earned the Robben Island prison the name of "Island University." While incarcerated, Mandela started a negotiation process with the government for the transformation of South Africa from an apartheid state into a democracy. After spending twenty-seven years in prison, Mandela was released in 1990.

Just three years later, in 1993, Nelson Mandela shared the Nobel Peace Prize with former president F. W. de Klerk for their dismantling of apartheid. In 1994, the majority of black South Africans participated in a democratic election in which Mandela became the first black president of the country. He was inaugurated in May 1994 and served as president of South Africa for five years. Today, he lives with his wife, Graca Machel, in Johannesburg.